TRIBUTES have been pouring in for retired Freshwater Fire Station commander Eddy Woodford who died at his home last night (Friday).

The former officer had served the Isle of Wight Fire and Rescue Service for 31 years, based at Freshwater.

Eddy served the West Wight and wider Island community with distinction, retiring from the service in 1999.

The fire service was very much in the blood. His father and brother also served in it.

Eddy’s wife, Pauline, said: “Eddy loved his time in the fire service — it was his life.

“He worked hard for the community and in raising money for the Fire Service Benevolent Fund.

“In recent years, he loved visiting the fire station and seeing the fire engine out on Christmas Day.” 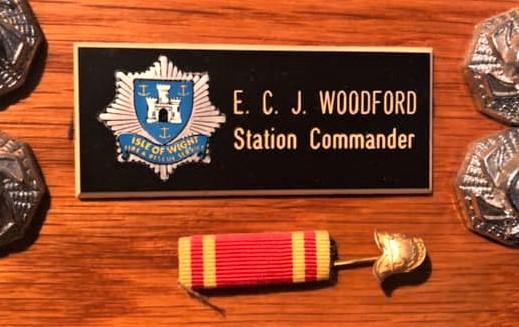 On its Facebook page, The Friends of Freshwater Fire Station paid tribute.

“Our sincere thoughts and prayers are with Eddy’s wife and family at this sad time,” it read.

Many other tributes and messages of condolence were added, describing Eddy as a compassionate, kind and helpful man.