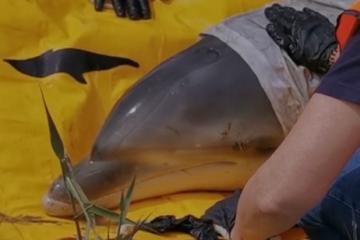 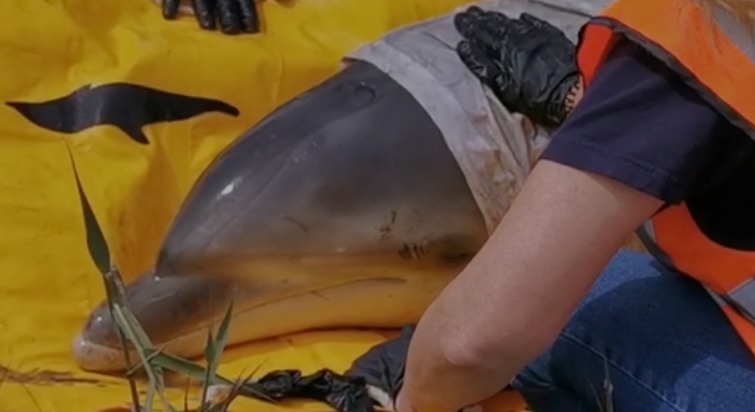 THE dolphin stranded at Freshwater has had to be put to sleep.

Nothing could be done to save the young mammal, which had got into difficulty and was stranded in the River Yar.

The dolphin kept floating on to its side and turning upside down, which led to fears it would drown if left unattended.

It was taken out of the river for assessment but a local vet was called to put it to sleep this afternoon.

See below for video taken during the rescue atempt today.

Click here to see our coverage of the rescue attempt, complete with photos.

Needles Coastguard Rescue Team said: “Upon our arrival, two members of the public were extracted for their own safety then efforts were made to assist the BDMLR with the dolphin.

“Once assessed ashore, and with expert advice from around the country, the tough decision was made to euthanase the dolphin to ensure its quality of life.

“From the offset it was clear how passionate members of the public were to assist this dolphin.

“We would strongly advise those doing so don’t put themselves into a place of danger and call the emergency services, who in turn will alert the necessary partner agencies.”

The dolphin was a juvenile bottlenose.