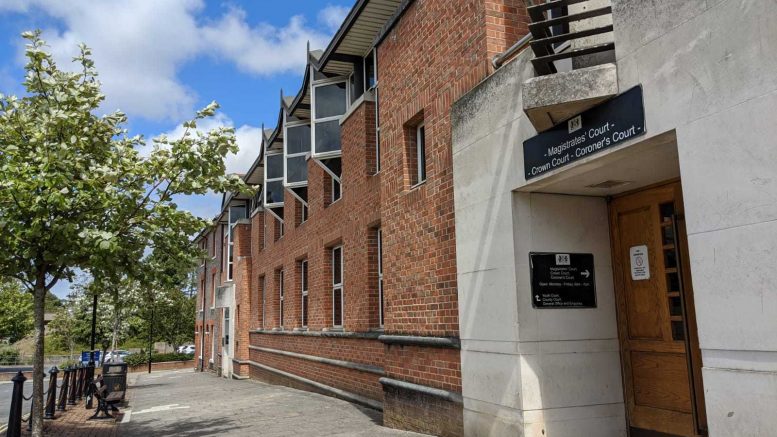 A MAN has been given a suspended sentence for possession of ‘stomach churning’ images and movies of children being raped.

Benjamin Marley Toogood avoided a jail term at the Isle of Wight Crown Court on Friday — one of the reasons given was that his behaviours would be better addressed within the community by experts, rather than in prison.

Toogood, 25, of Quarry Road, Ryde, admitted three counts of making indecent photos of children spanning the period from May 2017 to September 19 — although it was agreed he had possession of them but didn’t create them himself or distribute them.

Prosecutor Simon Foster said Toogood had them on a range of devices.

They consisted of 31 Category A images (the most serious) which included movies of children being raped.

There were also 76 Category B images and 49 Category C images.

Mr Foster said Toogood told police he started looking at them when he felt depressed.

Laura Deuxberry, representing Toogood, said he had made full admissions at an early stage in the enquiry, which was rare due to the stigma attached to the crime.

She said he suffered abuse and violence as a child, but despite a difficult childhood he completed his education and became an engineer — although was not currently working.

Recorder Charles Langley said: “All the images are horrific, stomach churning stuff, showing children as young as two of three.

“These offences clearly cross the custody threshold but I have looked at the guidelines in detail.

“Mitigating factors are your age, remorse, plea, not sharing images, some history of you being abused by a family friend, and you suffered a breach of confidentiality in your former relationship.

“I suspend the sentence because in my view it’s better for you and the wider community that your behaviours are addressed within the community by experts.”

He was given a ten month custodial sentence, suspended for two years, to include 25 rehabilitation days and 100 hours of unpaid work.

He was placed on a sexual offending behaviour programme and was given a ten-year Sexual Harm Prevention Order.

THERE has not been more than one coronavirus patient in St Mary’s Hospital at any one time, since the beginning of August. Isle of Wight County Press | News …

The increase takes the cumulative total to 549, since the pandemic began. Isle of Wight County Press | News …

Oh yes we will!
That was the very determined message from Spotlight IW and Shanklin Theatre as they announced plans to perform pantomime this Christmas, against the odds. Isle of Wight County Press | News …

MORE cases of coronavirus have been recorded for the Isle of Wight, according to the daily figures released by Public Health England. Isle of Wight County Press | News …