For many visitors, the Isle of Wight feels surprisingly large and the island's best museums tend to be located within the main towns and villages. Notable cultural attractions can be found within destinations such as Brading, Chessell, Godshill, Newport, Sandown and Ventnor.

Families holidaying on the island will be sure to enjoy spending time reminiscing over Corgi and Matchbox toys at the Nostalgia Toy Museum in Godshill, close to the very centre of the island. Grown ups may prefer to learn a little more about the nautical attractions at the Shipwreck and Maritime Museum.

Isle of Wight art galleries display some wonderful and important collections of art, which often depict coastal scenes and make for the perfect souvenir.

Cowes Maritime Museum
Address: Cowes Maritime Museum
Cowes Library
Beckford Road
Cowes
Isle of Wight
PO31 7SG
Tel: +44 (0)1983 823433
The Museum displays a selection of objects and images which help to tell the story of Cowes and its important maritime heritage.
You can see Uffa Fox’s dinghy, Avenger and models of vessels built by J. Samuel White & Co Ltd of Cowes
The Museum has an extensive photographic and paper archive depicting yachting and the shipbuilding industry in Cowes. The reserve collection is held within the museum store and is accessible by appointment only.
Open hours: Monday, Tuesday, Friday 10am- 5pm (closed 12.30 - 1.30)
Wednesday CLOSED
Thursday CLOSED
Saturday 10am - 4.30pm
Sunday CLOSED
Admission: charge 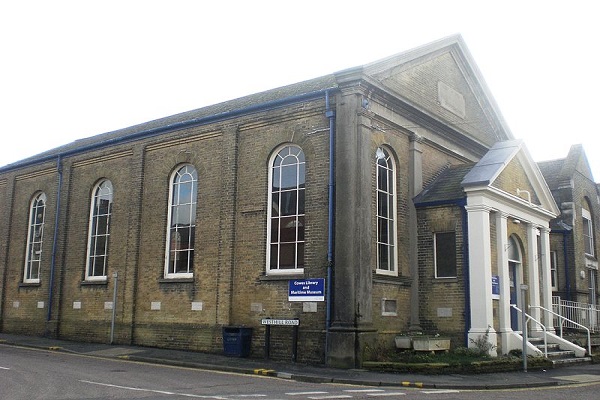 Bus and Coach Museum
Address: Newport Harbour, Isle of Wight, England
Tel: +44 (0)1983 533352
Located next to Newport Harbour and close to the Jubilee Pottery, the Bus and Coach Museum was established in 1997 and is now run as a registered charity. The majority of the vehicles date from the 1910s onwards, with many originating from the island itself. Each year there are two 'running' events, staged in May and October.
Open hours: hours vary
Admission: charge, discounts for children, families and seniors 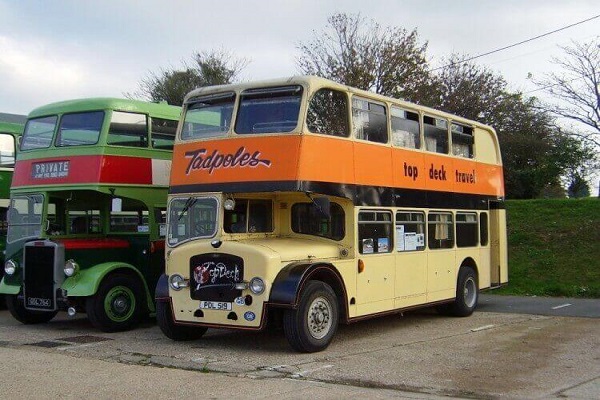 Shipwreck and Maritime Museum
Address: Arreton Barns Craft Village, Main Road, Arreton, Newport Isle of Wight, PO30 3AA, England
Tel: +44 (0)1983 533079
This is one of the most interesting nautical attractions on the island, featuring a large number of nautical exhibits. 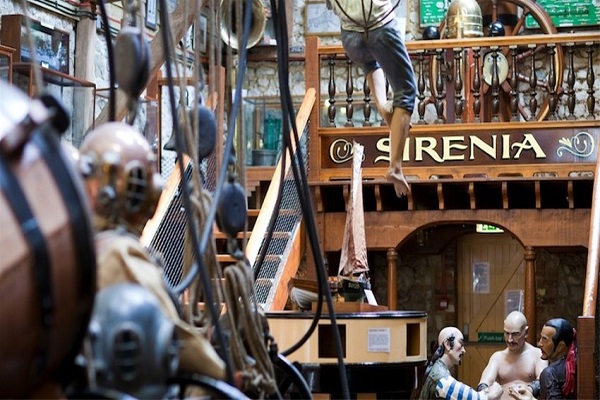 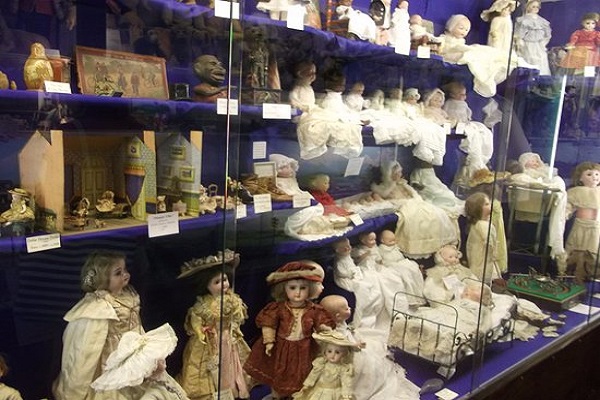 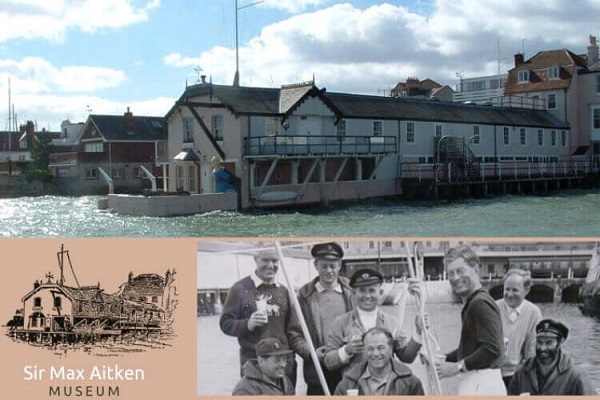 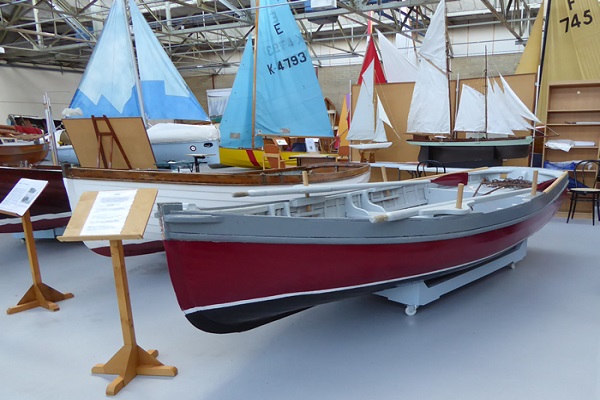 Brading Roman Villa and Museum
Address: Brading, Isle of Wight, England
Tel: +44 (0)1983 406223
The first-class Brading Roman Villa once stood on one of the inlets formed by Brading Haven and was an important agricultural centre. It survived into the 5th century and today the museum stands on the remains and includes the main rooms of a substantial house, with intricate mosaics, and an extensive collection of finds and artefacts.
Open hours: April to September, Monday to Saturday - 10:00 to 17:30, Sunday - 10:30 to 17:30
Admission: charge 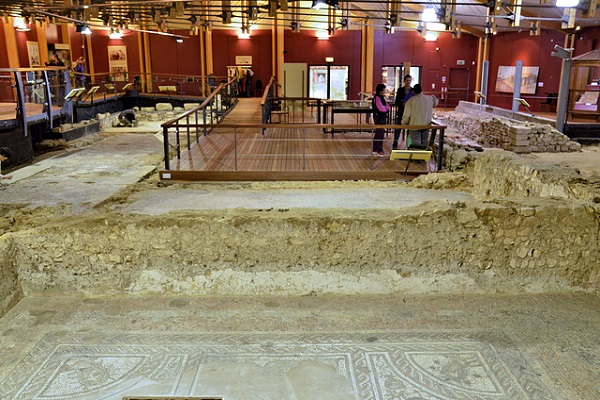 Dinosaur Isle
Address: Dinosaur Isle, Culver Parade, Sandown, Isle of Wight, PO36 8QA, England
Tel: +44 (0)1983 404344
Opened in August 2001, Dinosaur Isle is an interactive museum housed in a distinctive pterodactyl-shaped building. Many of the exhibits on display were formally at the Museum of Isle of Wight Geology, within the Sandown Library, where they had been housed since 1913. 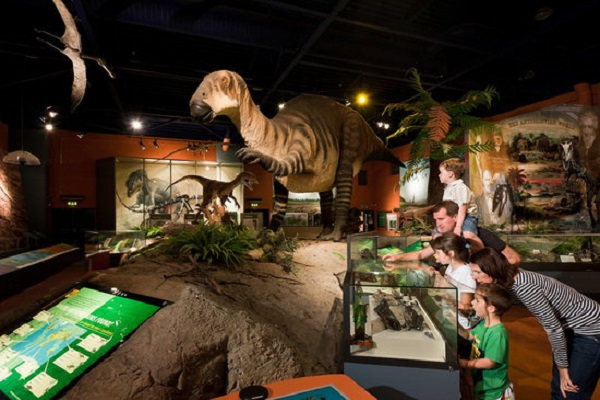 Longshoreman's Museum
Address: Esplanade, Ventnor, Isle of Wight, England
Tel: +44 (0)1983 852176
The Longshoreman's Museum is full of nautical history from the Ventnor area of the island, including photographs, engravings and models.
Open hours: April to December, daily - 09:30 to 17:00
Admission: charge 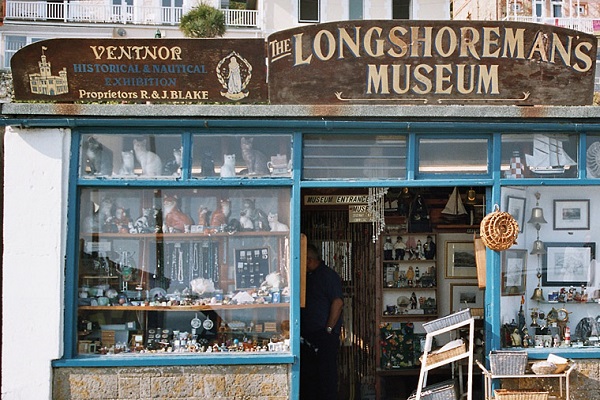 Museum of Island History
Address: Newport Guildhall, Newport, Isle of Wight, England
Tel: +44 (0)1983 823366
The Museum of Island History features many fascinating exhibits and displays about the rich history of the island, including its strong connections with Queen Victoria and her much-loved East Cowes retreat, Osborne House.
Open hours: Monday to Saturday - 10:00 to 16:00
Admission: charge 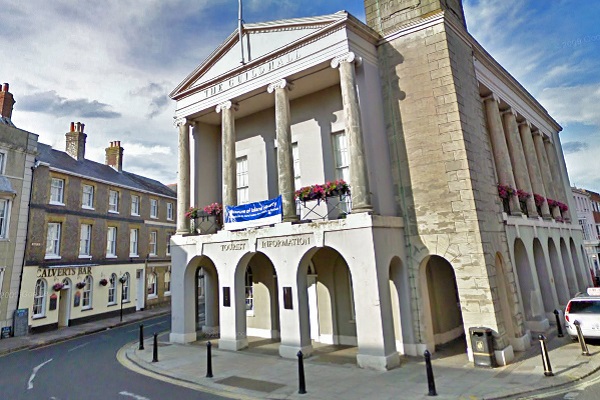 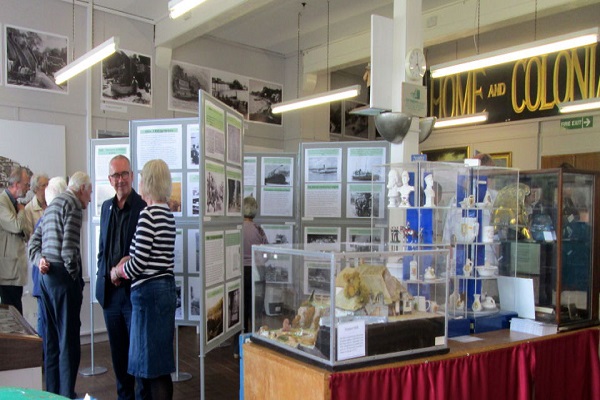 Address: Sea Street, Newport, Isle of Wight, England
Tel: +44 (0)1983 822490
The Quay Arts Centre comprises former 18th-century warehouses that have been transformed into a major modern arts centre, complete with a café and bar area. There is also an extensive programme of events held throughout the year here, including exhibitions, festivals, theatrical and musical events.
Open hours: Monday to Saturday - 10:00 to 17:00
Admission: charge 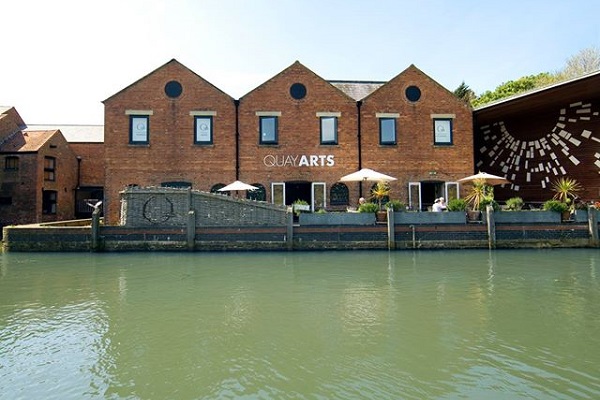 Chessell Pottery
Address: Chessell, near Calbourne, Isle of Wight, England
Tel: +44 (0)1983 531248
The Chessell Pottery is housed in a large converted barn and is distinctive, specialising in themes associated with nature, such a flowers and animals. Attractions include an exhibition gallery, a coffee shop and a factory shop.
Open hours: daily - 09:00 to 17:30
Admission: free 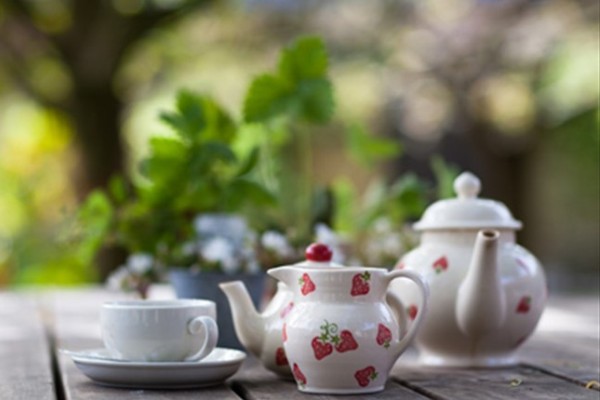 ~Attractions and Places to Visit in Isle Of Wight~