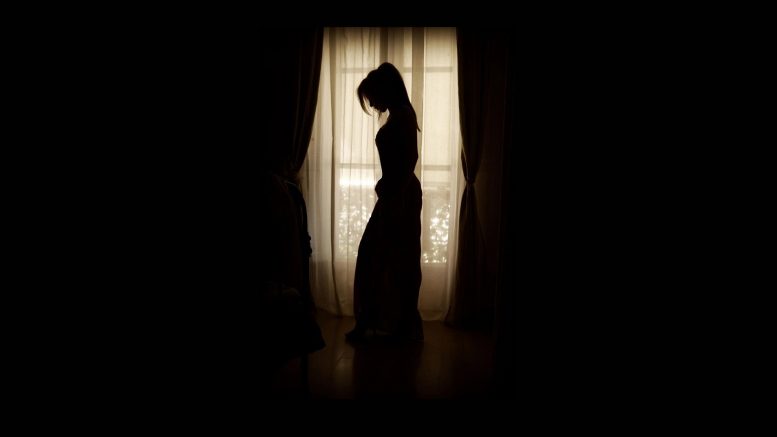 A SURVIVOR of horrendous domestic abuse and coercive control has told her story — by penning a chilling poem.

Sarah, whose name we have changed to protect her identity, has now left her husband of several years.

She told the County Press that the man in a position of high power and considerable finances, behind the curtains was an abuser.

He sold his wife for sex, tracked her movements via her phone and timed her when she was permitted to go out.

He opened her smear test results and falsely told her she was dying of cancer.

Sarah said: “He groomed me. He was my boss and it was very much a case of being with him, or getting sacked.

“He packed my belongings, moved me in with him and that was that. I became his possession.

“Fear of consequence was so great that I complied with everything he said. It was continuous mental abuse and I was brainwashed.

“He opened up seven bank accounts in my name without my knowledge, which he loaded up with hundreds of thousands of pounds, and cleared them the day I left.”

After years of both physical and mental torture, the turning point came when Sarah was called up to do jury duty.

She said: “I didn’t notice the life I was living until I had to go on the jury at court. I woke up to a lot over those two weeks.

“Being surrounded by 12 normal people who were allowed to have a life, was really eye-opening.

“People going to the cinema with friends after court, or stopping for a coffee with their mum before going home. I didn’t realise how isolated I was.”

Although Sarah reported the abuse to the police, the police and courts took the side of the husband and he got residency of the children.

“He made out I was crazy. I’ve now had 11 months of counselling with You First, and I’ve just started high-intensity complex PTSD therapy through the NHS.

“I’m on a really good path now. I’ve moved in with my mum, I’ve got a new job, I’ve built bridges with people I was never allowed to message or contact.

“I swim in the sea. I’m learning about freedom.

“There’s a lot to be said for just being. Safety counts for so much in this world.”

If you’ve been affected by Sarah’s story, please contact:

We fought so hard for freedom,

For safety and fresh air.

For in the nighttime we were beaten,

And he would pull out my hair.

We slept tight close together,

I was a barrier to their pain.

What hurt the most was leather,

He was gunning for personal gain.

Nothing was ever right.

I worked so hard, but the way it seemed,

Was he just wanted to fight.

They say that words can’t hurt you,

When you’re young, naive and daft.

But, my dear, if only you knew,

How it cut when he threatened then laughed.

Money was always an issue,

Transaction statements came with a tissue,

The receipts he’d search for at night.

The tracking, the constant interrogation,

He’d go through my knicker drawer next.

The isolation, the expectation,

Not leaving the house alone.

‘Sorry friends for the cancellation’,

He’d send in a text from my phone.

‘Too fat, too ugly and too immature’,

Yet he’d make his frequent demands.

With another distasteful command.

‘Mama is stinky, Mama is fat,

Mama is stupid you know.

Don’t listen to her, you CAN do that,

Ignore her, she’s rubbish and slow’.

To slowly take over my mind.

And I forgot my morals; be kind.

I told you the week before last.

You must have forgotten again I’m afraid,

Child was conceived in my sleep.

‘You’re making a fuss, they all do that’,

He’d punish if ever I’d weep.

‘If you loved me, you’d help me to plan,

And book my filthy demands.

Just you and me, and a woman or man’,

Then sick cash would pass between palms.

‘Your mum’s so boring, she just doesn’t care,

Your brother’s a wet lettuce and limp.

They clearly don’t love you, let’s be fair,

When the hurt transferred to my daughter,

Was glued to her face with tear water,

She sobbed deeply in fear and despair.

Something went off in my heart,

An explosion of anger and guilt.

A mother is built to protect,

To wrap in huggles and kisses and love.

The child of assault and neglect,

My darling who’d had her last shove.

It was time to break out of this dungeon,

Of being told how to walk talk and wear.

The breakfree help came in abundance,

Our bruises were cooled with fresh air.

The lead up to leaving was heavy,

The epiphany; I couldn’t unsee.

My children and I were savvy,

The pain got worse — how dare he?

We became supported and important,

We gained diligence, love, self respect.

It was suggested to call reinforcement,

But it had a negative effect.

‘But did that really happen Sarah?

In that glorious residence.

— You’re a liar with no evidence’.

‘Maybe we should prosecute,

Your head’s skewed, you’re not astute’,

— Reporting DV is a crime.

So he got away with it,

He used money, charm and wit,

To fool them, make an excuse.

But looking back, did he really win?

I have proof that I’m a little unhinged,

The children, on the other hand,

When they’re charmed enough, they ignore.

They’re safe for a fraction.