IMAGINE the surprise for Island resident Stephie Terry, when she spotted the new Island Line trains while on a mainland motorway.

She was on her way back from the Midlands to the ferry, when she noticed the trains, travelling alongside. 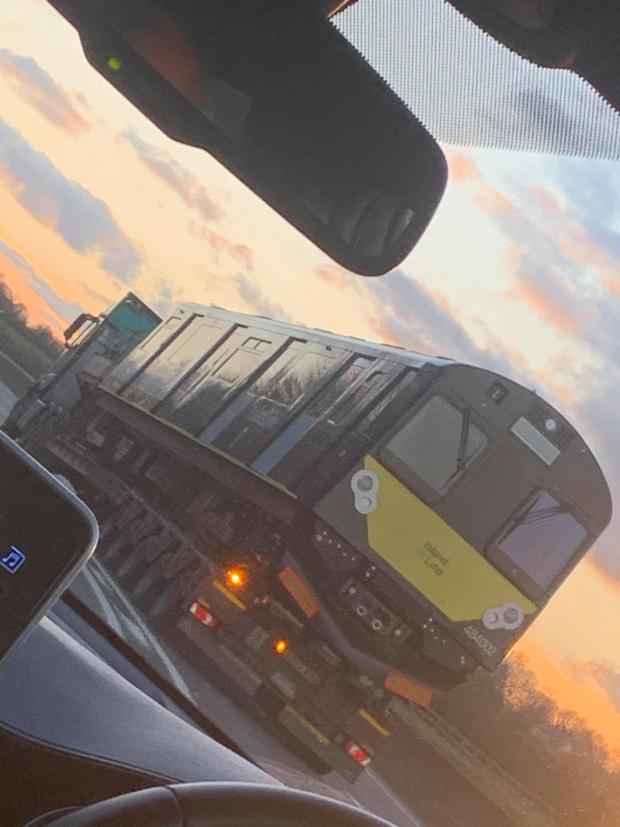 She said: “We were travelling back on the M42 at Tamworth from a family funeral when my dad spotted them.

“It was lovely to see the trains travelling towards the Island, as I know it’s an exciting thing for the Isle of Wight.” 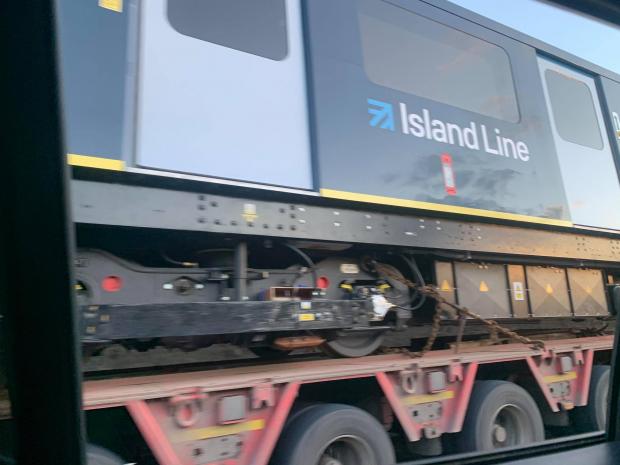 The British Rail Class 484 have been built by rolling stock manufacturer Vivarail.

The former London Underground trains were originally manufactured in the late 1970s and early 1980s and have been completely upgraded, refurbished and converted.

The first of the new trains arrived on the Island in November.

A £26 million upgrade to the line is underway and the route had been expected to reopen in the spring, but works have been delayed due to Covid.