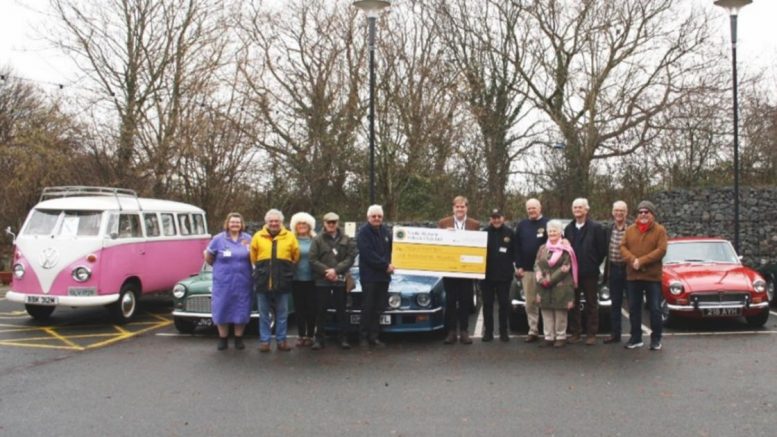 A passionate group of Isle of Wight historic vehicle enthusiasts raised £1,000 for charity.

On presenting the cheque, chairman Bill Rasmussen said members of the club all recognised the great work Mountbatten does for the Island community in end of life care, as well as other health support categories.

The £1000 was principally collected by keen members in Christmas themed fancy dress, with their cars, on a freezingly cold day at St Thomas Square in Newport on December 10.

Nigel thanked the members attending the presentation for the continued support of the club, which has contributed many thousands of pounds over the years.

Peter Hodgson , club president, said club members were pleased to make the collection for a charity which has provided care to so many people on the Island, but still requires constant funding to carry on with that care in the future.